We tried out Harman’s Ready Care technology, which helps you drive smarter and safer

There have been rapid advances in safety technology, and some car manufacturers are now envisioning a future without accidents. Although still a distant dream, new technology has the potential to save thousands of lives annually.

With that in mind, we recently hopped into a BMW equipped with Harman’s Ready Care technology at the North American International Auto Show. While the vehicle didn’t look too remarkable from the outside, you can easily tell it’s special once inside.

Besides a camera mounted on top of the instrument panel, the model was equipped with a removable tablet that displays Ready Care data. The crossover we drove was primarily focused on showing off the company’s Eyes and Mind on Road technology, which monitors drivers by looking at facial expressions, moments and eyelid movements – among other things.

Also read: Harman’s Ready Care technology can tell when you are distracted or stressed and react accordingly

While driver monitoring cameras are becoming relatively common in vehicles equipped with semi-autonomous driving systems, they primarily focus on the driver’s gaze to ensure they are aware of the road ahead. Harman’s system is far more nuanced, and this allows for additional functions, with the biggest function being “Cognitive Distraction”.

Using data from the camera, advanced algorithms can determine whether drivers are drowsy or distracted and react accordingly. While these responses may vary, the system could theoretically increase the cabin temperature and sound volume to keep drivers alert and focused if they are tired.

Likewise, when drivers become distracted, the system could potentially turn down the volume or tell them to pay attention to the road ahead.

Be still my beating heart 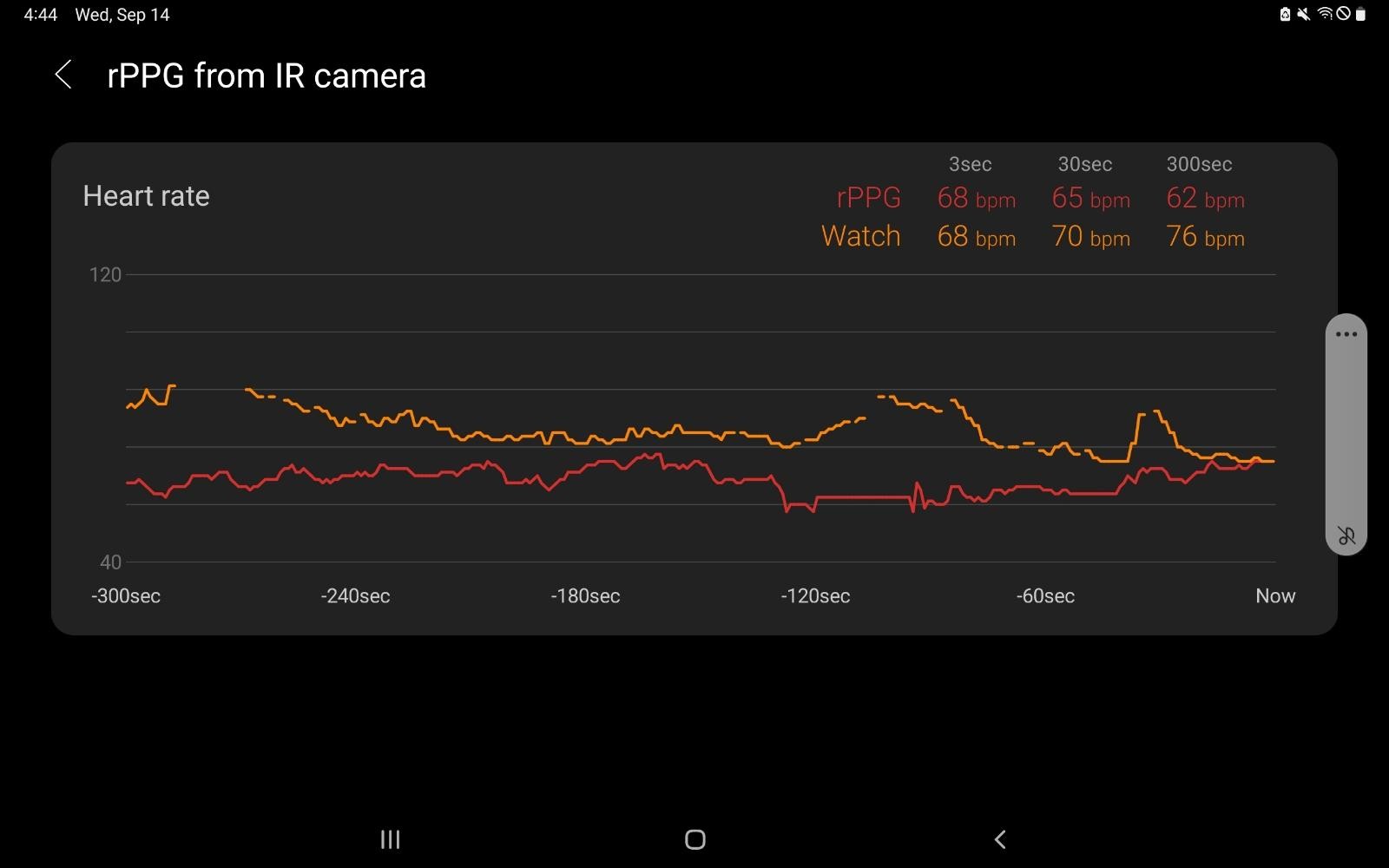 One of the most interesting functions is pulse measurement via the camera. This is made possible by external photoplethysmography (try saying that three times fast), or rPPG for short, and Harman officials told us it’s very accurate and should improve further over time.

Heart rate monitoring opens a variety of new doors for safety, and it can potentially detect cardiac events before they occur. As we reported earlier this year, a team from the University of Michigan Medical School was able to “isolate patterns that could accurately predict arrhythmias about five minutes ahead—long enough to alert drivers of the need to stop and get help or send a medical team to help.”

Combining these advances with semi-autonomous driving technology and telematics could provide truly revolutionary advances in safety. In particular, if a future cardiac event is detected, it can cause the vehicle to pull over to the side of the road and automatically call emergency services. This will not only prevent a driver from potentially becoming incapacitated behind the wheel, but also reduce standby time.

At a more basic level, the system could theoretically provide driver information to first responders after an accident. This will enable them to gauge the severity of the accident and the condition of the driver, even before arriving at the scene. 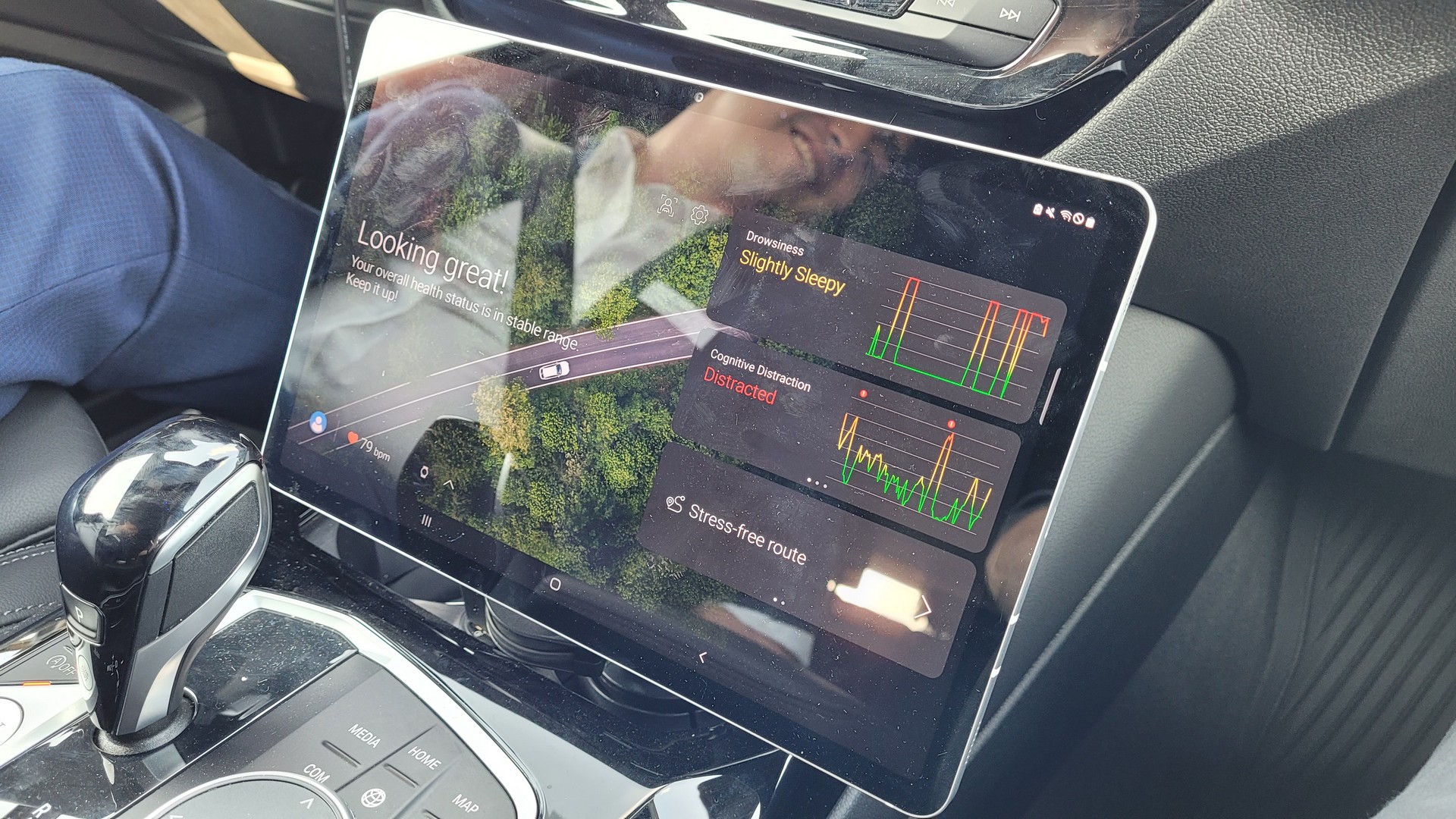 Although it looks a bit into the future, Ready Care offers a number of benefits for car manufacturers in addition to improved safety. Key among them is a minimalist sensor package that keeps costs down while allowing easier integration into vehicles.

Harman said Ready Care is ready for deployment and can be used in vehicles with and without semi-autonomous driving technology. As a result, it’s possible we’ll soon start seeing the technology appear in production vehicles, and it can’t come soon enough as the company noted that “driver sleepiness and distraction are the number one cause of accidents and fatalities.”