50 years ago, the NHTSA tried to make America’s cars ugly, but cars fought back

Governments and their agencies love to make life difficult for car manufacturers in the name of supposedly making life better for the rest of us. There are rules about sound and exhaust emissions, and of course laws about safety. And to keep engineers on their toes, these rules change all the time.

From this year, every new car launched in Europe must now be equipped with Intelligent Speed ​​Assist (ISA) technology to prevent drivers from enjoying themselves too much. But 50 years ago this fall, automakers were dealing with legislation that would make their cars worse than slow. It will potentially make them hideous.

Beginning with the 1973 model year, cars sold in the United States were required to meet new low-speed crash standards set by America’s National Highway Traffic Safety Administration (NHTSA). The Federal Motor Vehicle Safety Standard (FMVSS) 215 required that 1973 cars be able to withstand a frontal impact of 8 km/h against a flat wall, without damage to safety-related items such as the horn, the fuel system (including gas). filler), and light. The rear end, meanwhile, had to escape a 2.5 mph (4 km/h) impact unscathed.

It wasn’t damage to drivers’ bodies that the law was trying to prevent, but damage to their wallets during minor urban bumps that could leave them (or their insurers) with an unnecessarily large bill. But meeting the requirements was going to hurt automakers’ wallets, and the pain was going to get even worse for 1974 when the 2.5 mph rear test speed was doubled to 5 mph and the frontal collision became far more complicated.

Most collisions are not as simple as crashing into a flat wall, so the 1974 test introduced a huge, heavy pendulum with a 24-inch by 4.5-inch (610 x 114 mm) face that was thrown at car seven times. Six of these hits were aimed at the front from different positions (and heights) at 5 mph, while the seventh hit the corner at 30 degrees at 3 mph (5 km/h).

Although some smaller cars, including two-seaters and sporty hardtops with a wheelbase under 115 inches (2.92 m) were granted a temporary exemption from the 1974 test, most automakers knew they would have to act sooner or later. And it’s clear that the nifty little chrome bumpers they had fitted to cars throughout the 1960s and early 1970s would never survive an attack from walls and pendant lights, especially on cars whose lights were housed inside or attached to the bumpers themselves.

But that doesn’t mean every car built after the law went into effect was a disaster. Some looked terrible, but others came up with solutions so successful that they have become iconic design features. Let’s take a look at how different car manufacturers responded to the challenge. 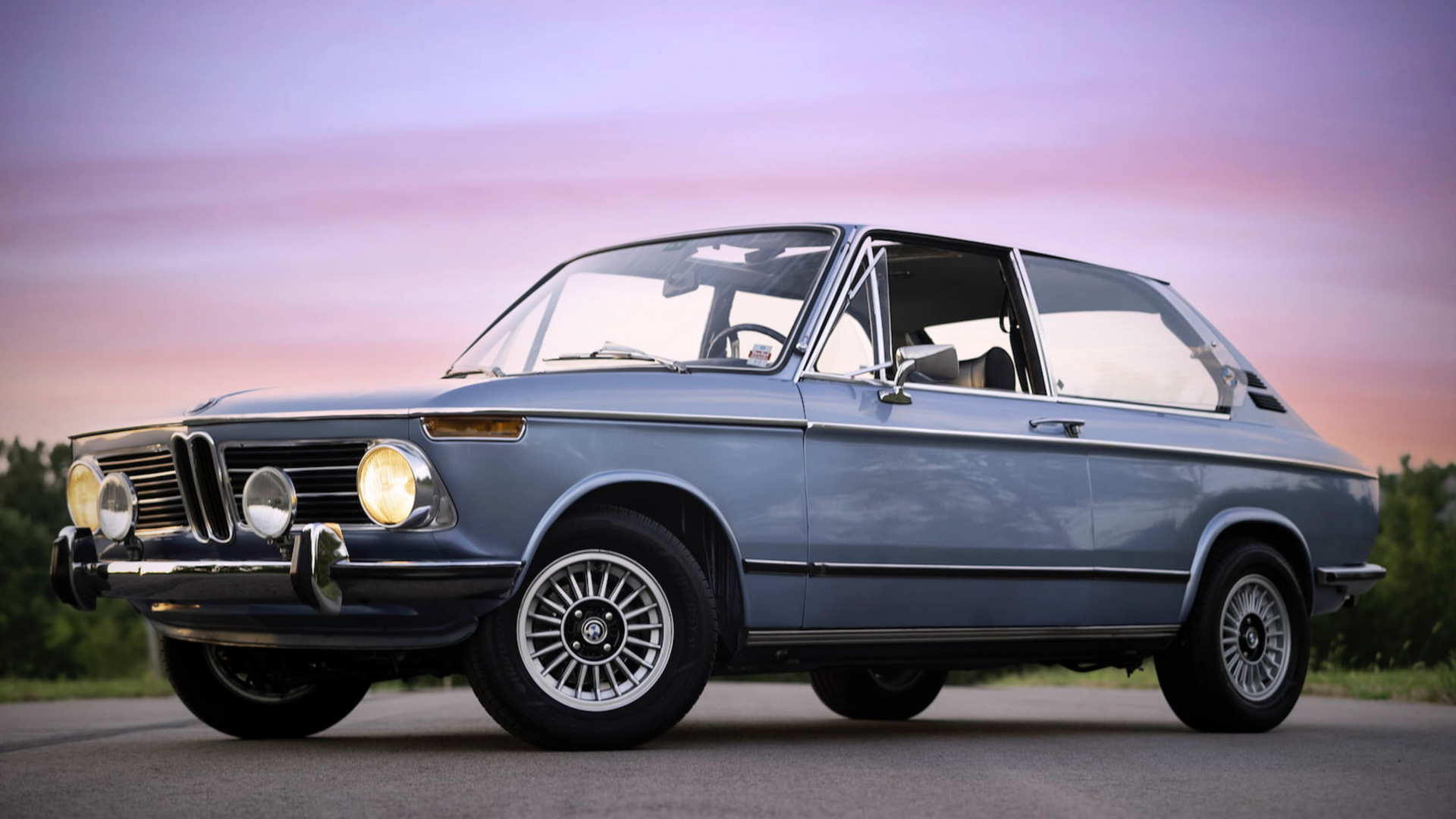 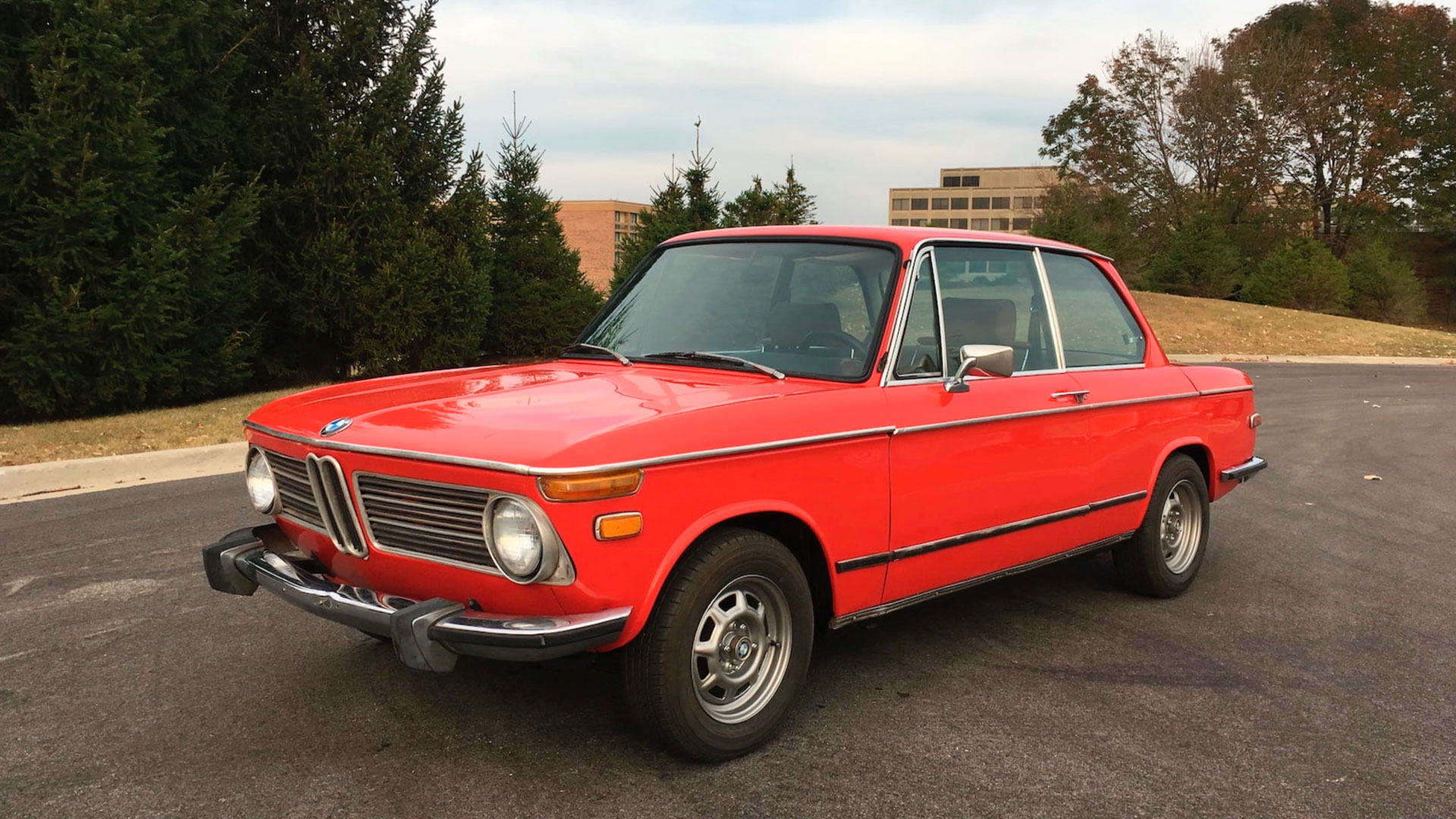 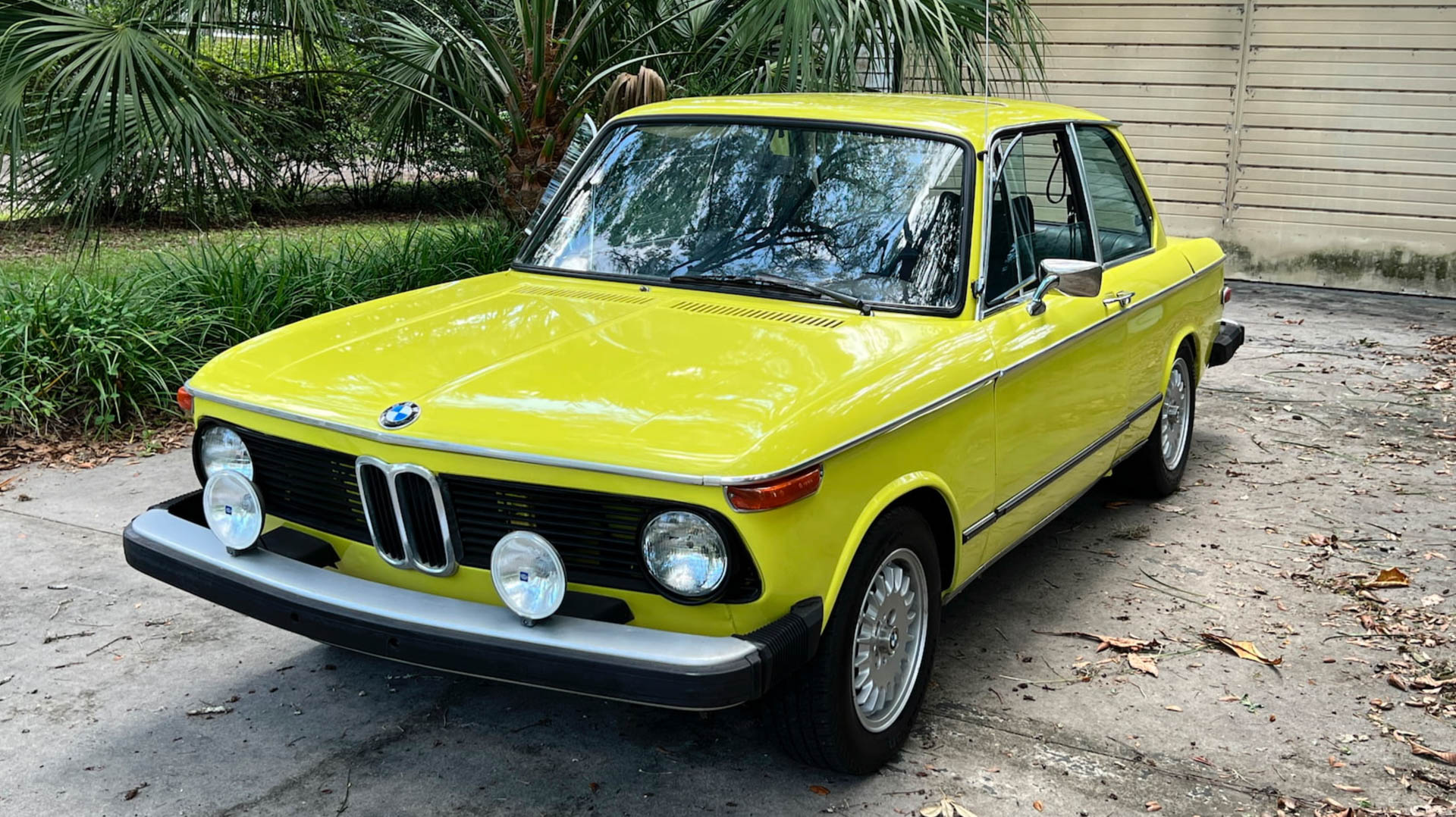 BMW’s 2002 managed to move from 1972 (top image) to 1973 (middle image) largely unscathed. The bumpers don’t look much different at first glance, although they were positioned further from the body in 1973 to provide extra protection. But in 1974 (bottom picture) the 2002 was destroyed with a couple of hideous girders mounted on energy-absorbing frames. 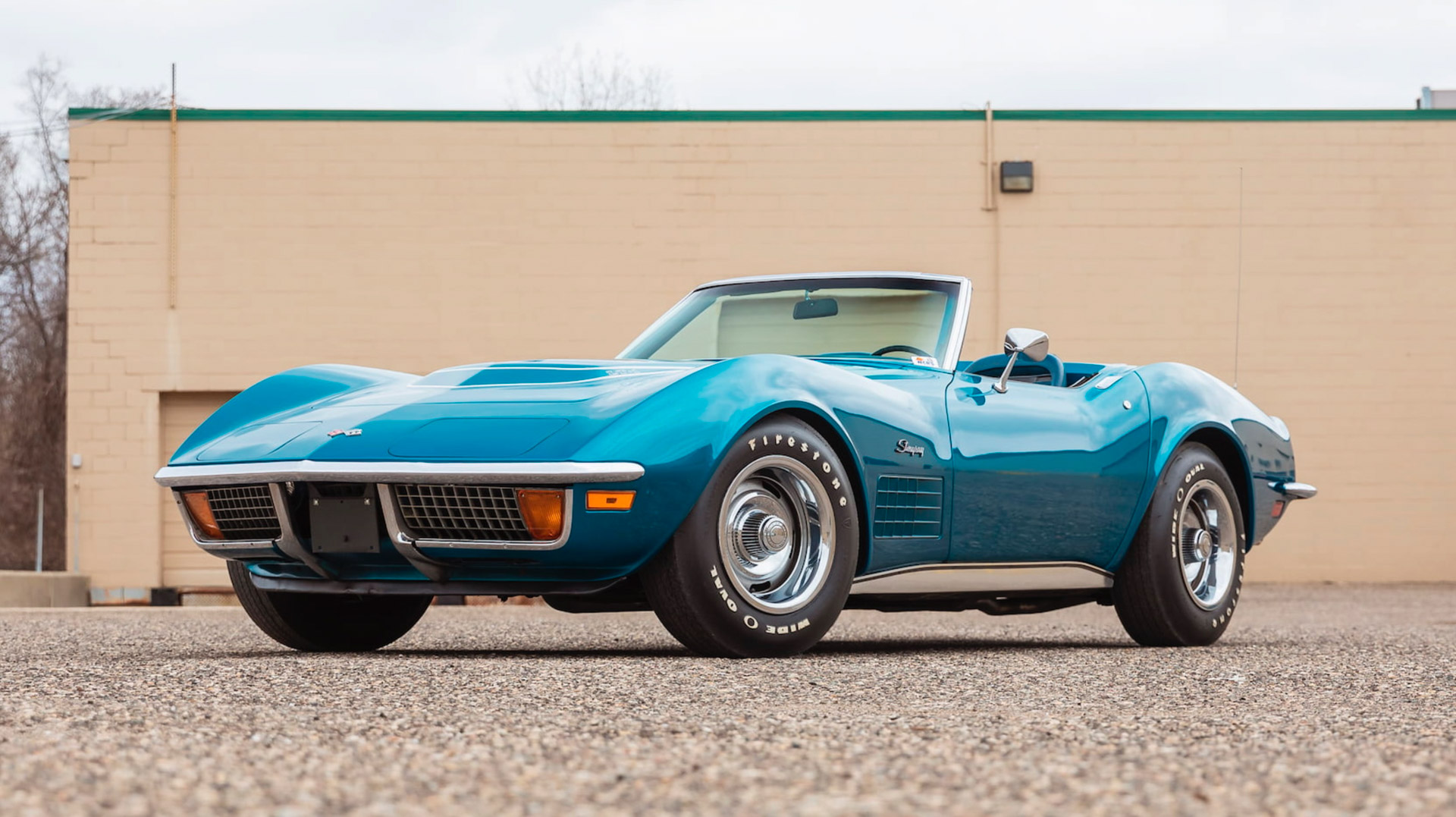 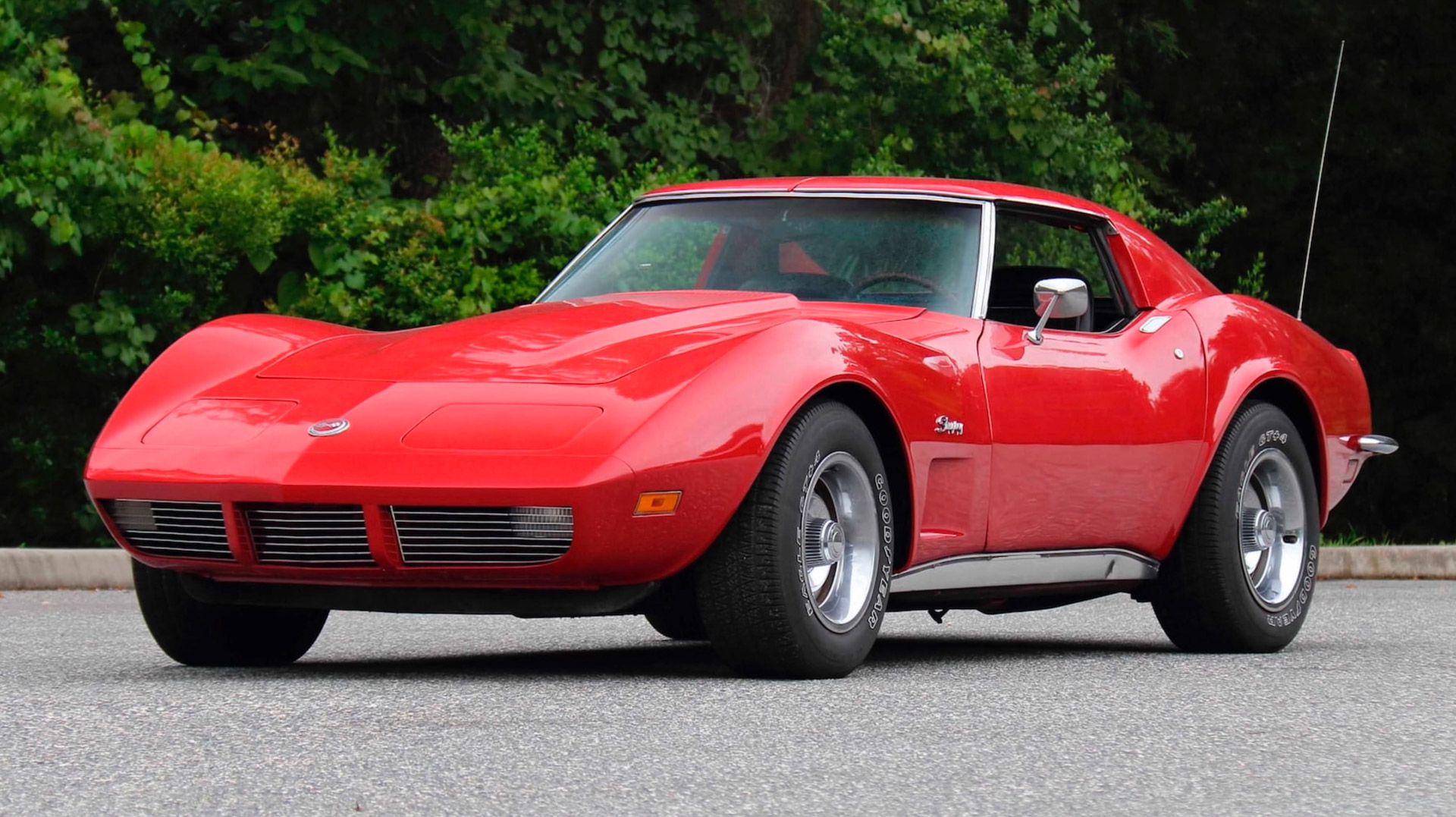 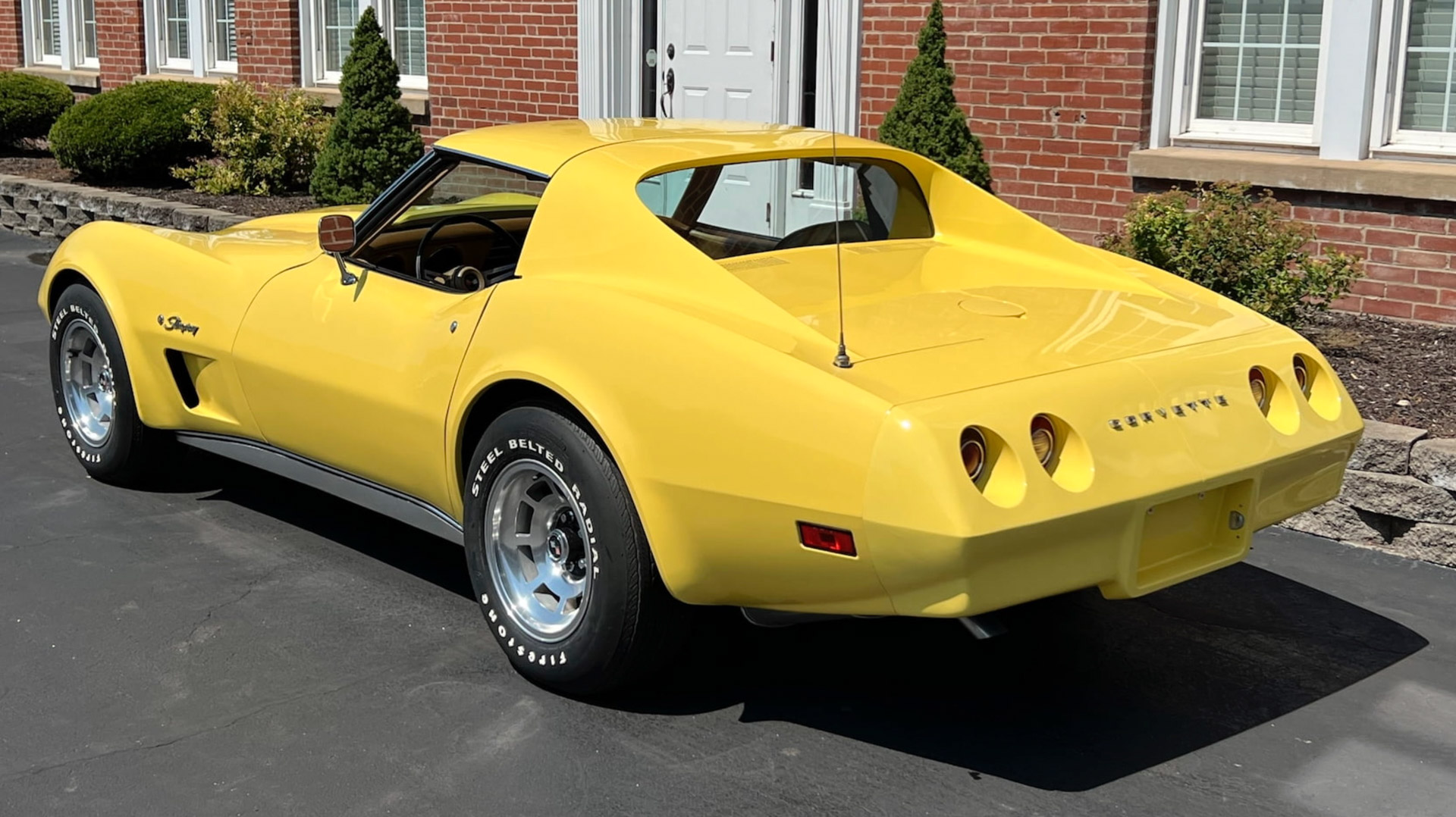 Chevy’s solution for the C3 Corvette was arguably the best that any automaker came up with. Model year ’73 cars lost the chrome front bumper that had been fitted since the C3 debuted in 1968 until 1972 (top photo), replacing them with a body-color front bumper that matched the body flush (middle photo). And to comply with the following year’s tougher rear collision law, 1974 cars made the same switch at the rear. Although the combined effect dramatically increased the length (and weight) of the C3’s overhang, this was still one of the neatest bumper fixes. 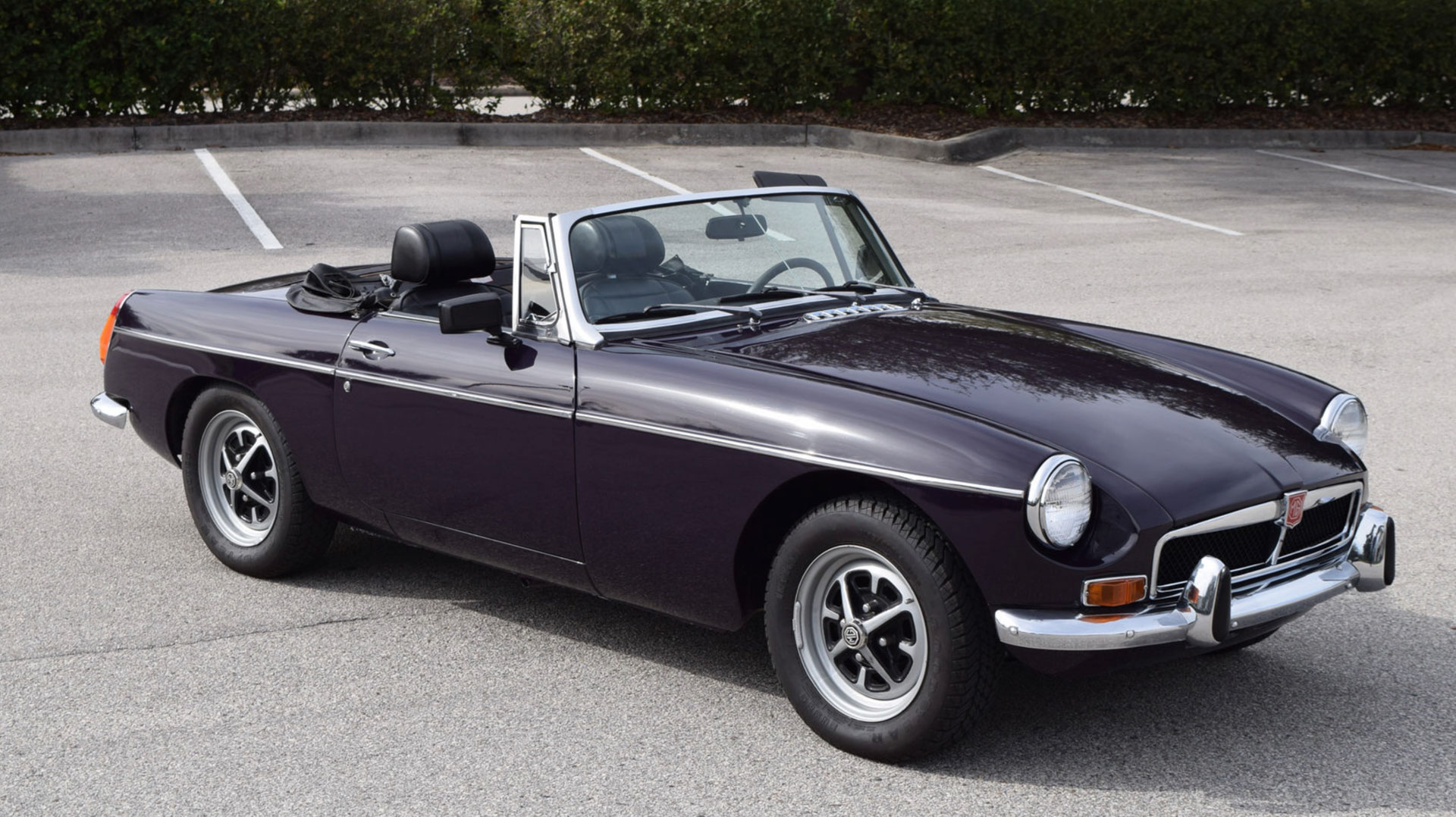 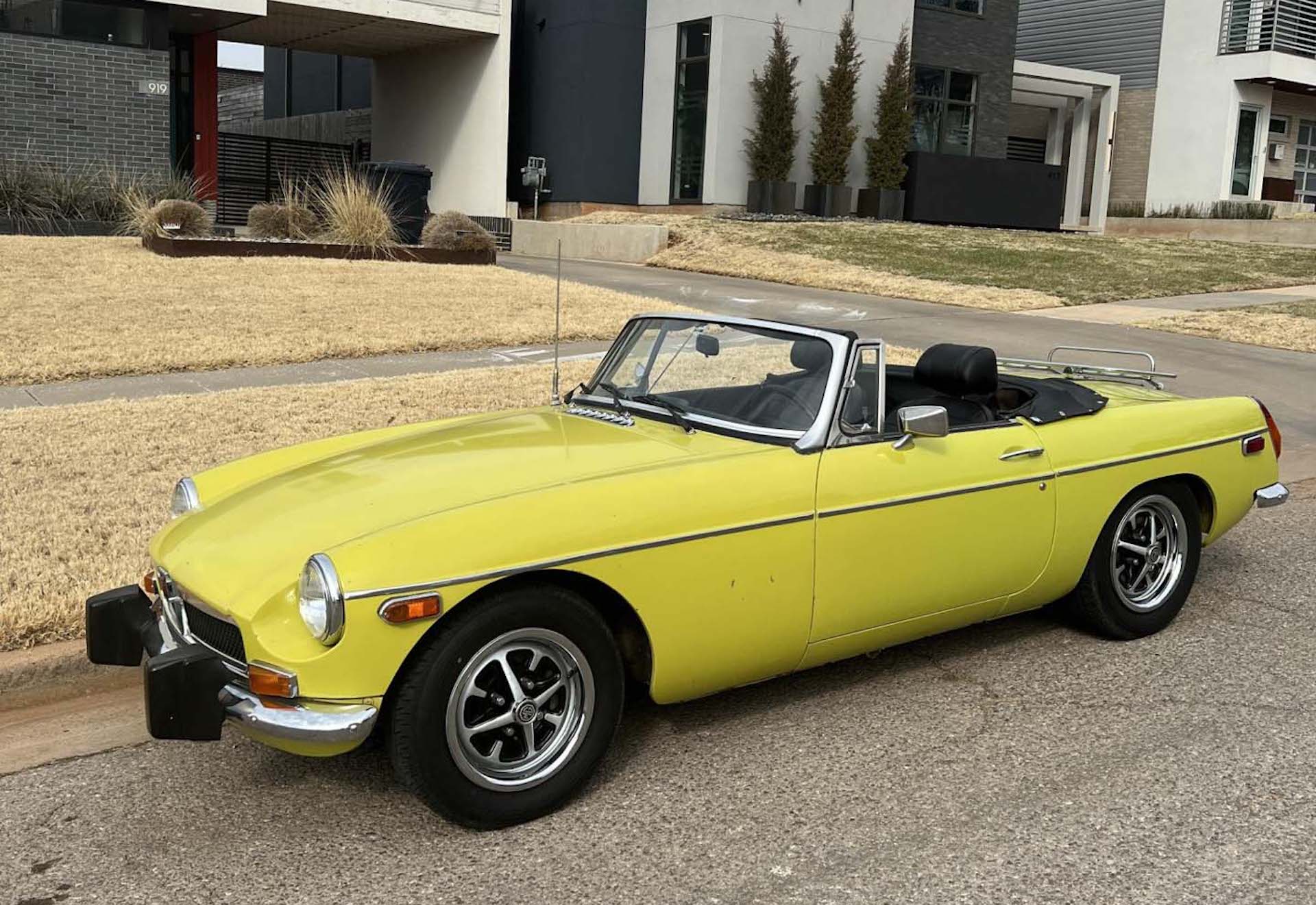 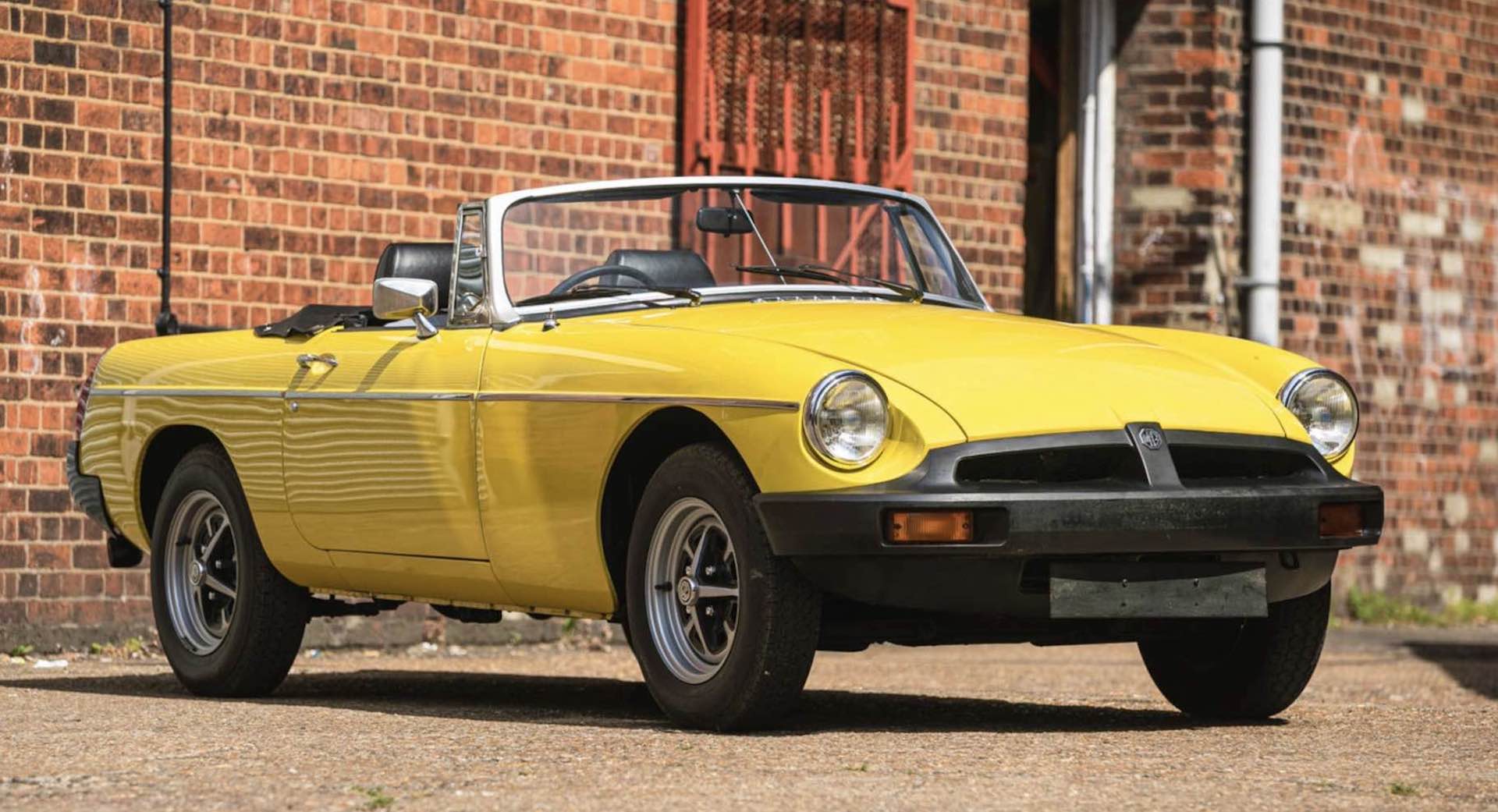 Although MG Bs made it through to late 1973 (top photo) with their looks intact, January 1974 brought huge rubber yoga blocks (nicknamed “Sabrinas” after a shapely British pin-up) just like those forced on Jaguars E-Type in the same way year. But they were just a stopgap until the infamous rubber (but actually plastic) bumpers and a 1.5-inch (38 mm) ride height increase arrived in the fall of that year. MG apparently tried to paint the new bumpers to match the bodywork of each car, but failed to perfect the process and left them black. 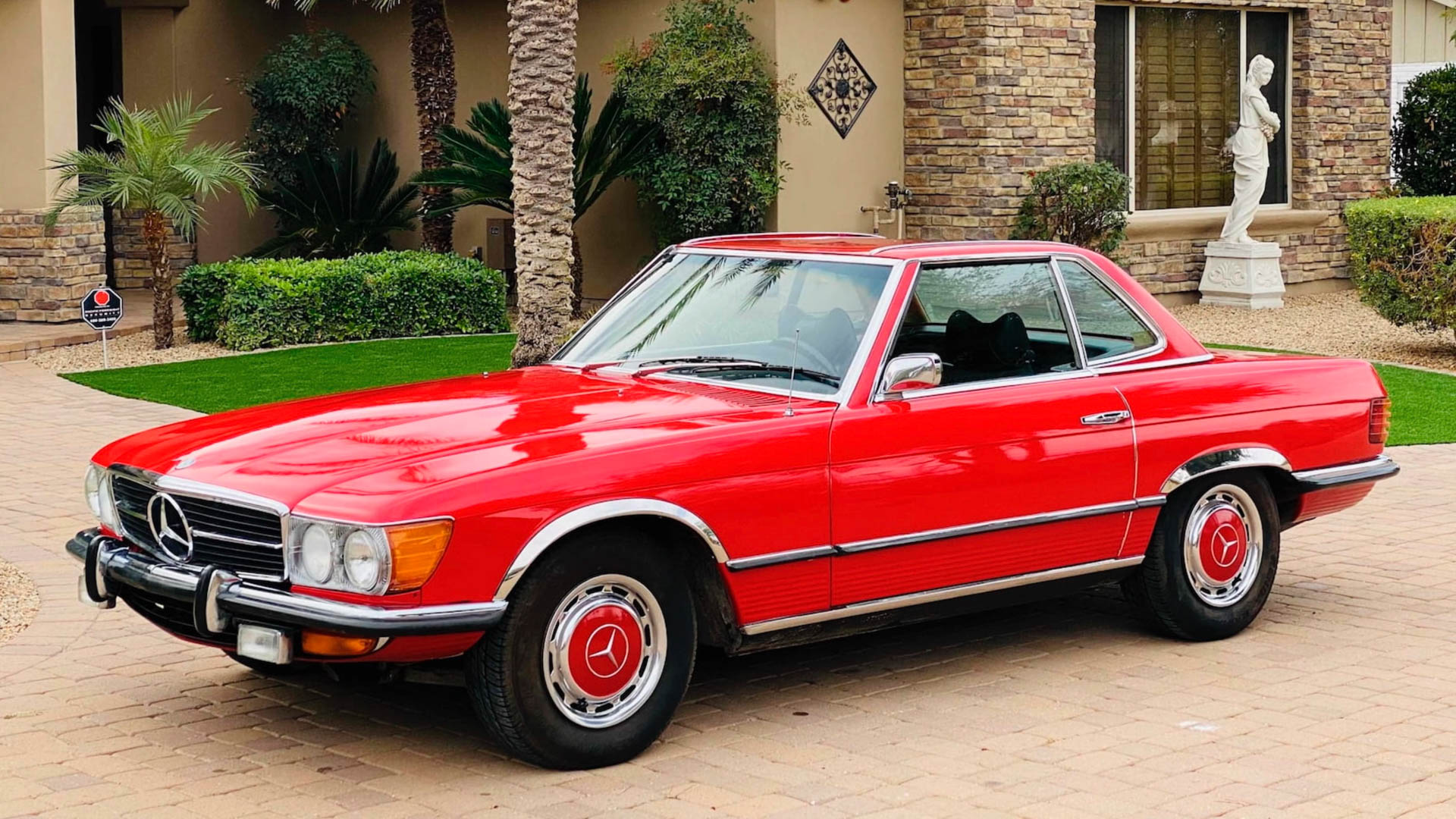 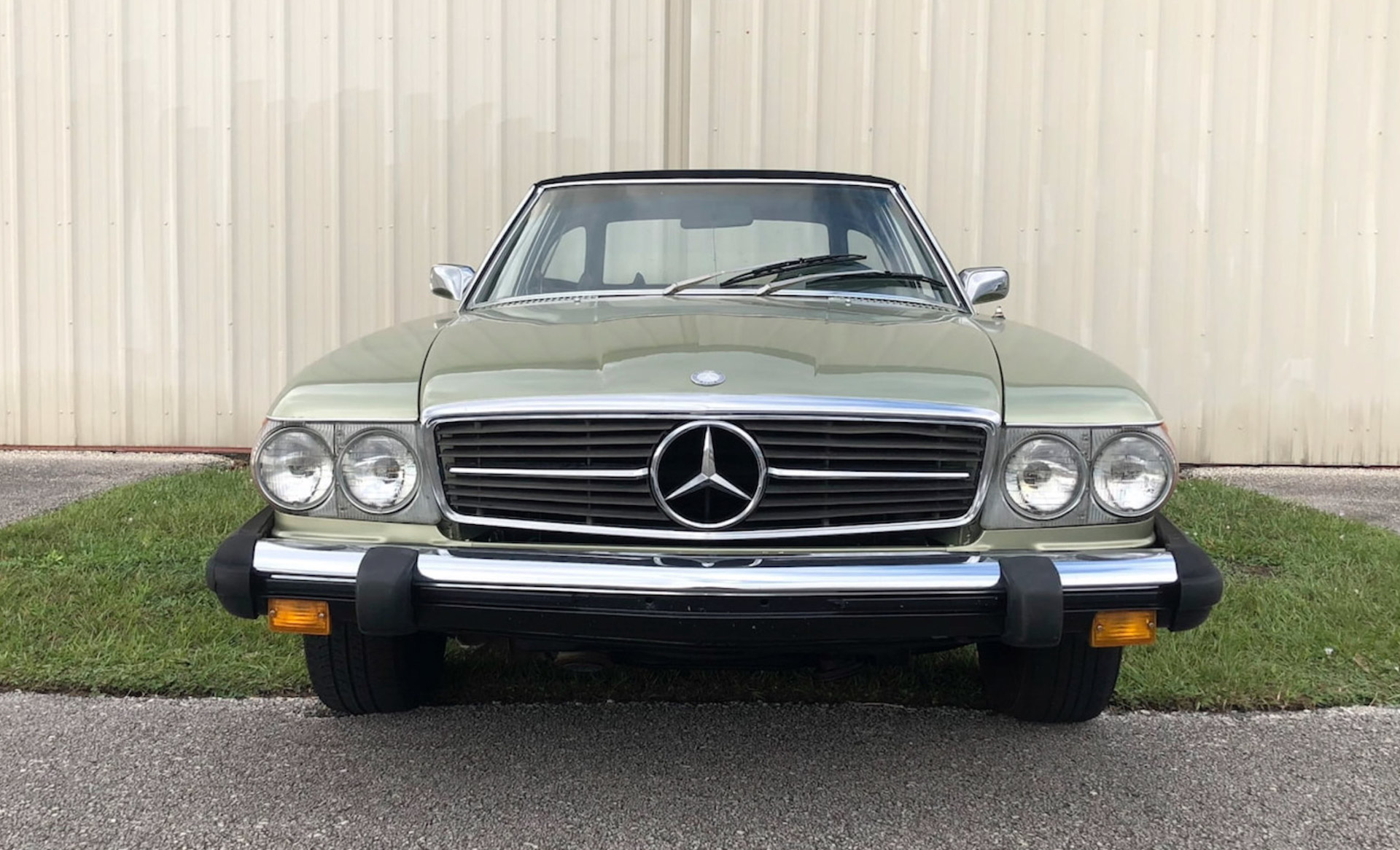 The R107 Mercedes SL was a beautifully understated design, and aside from being stuck with four sealed headlights (blame the same 1968 laws that killed the Ferrari Daytona’s plexiglass nose) and some discreet oversteers, American cars looked a lot like the European market models for the first few the years. But 1974 cars grew 203 mm (8 in) in length with the addition of ugly diving board bumpers. 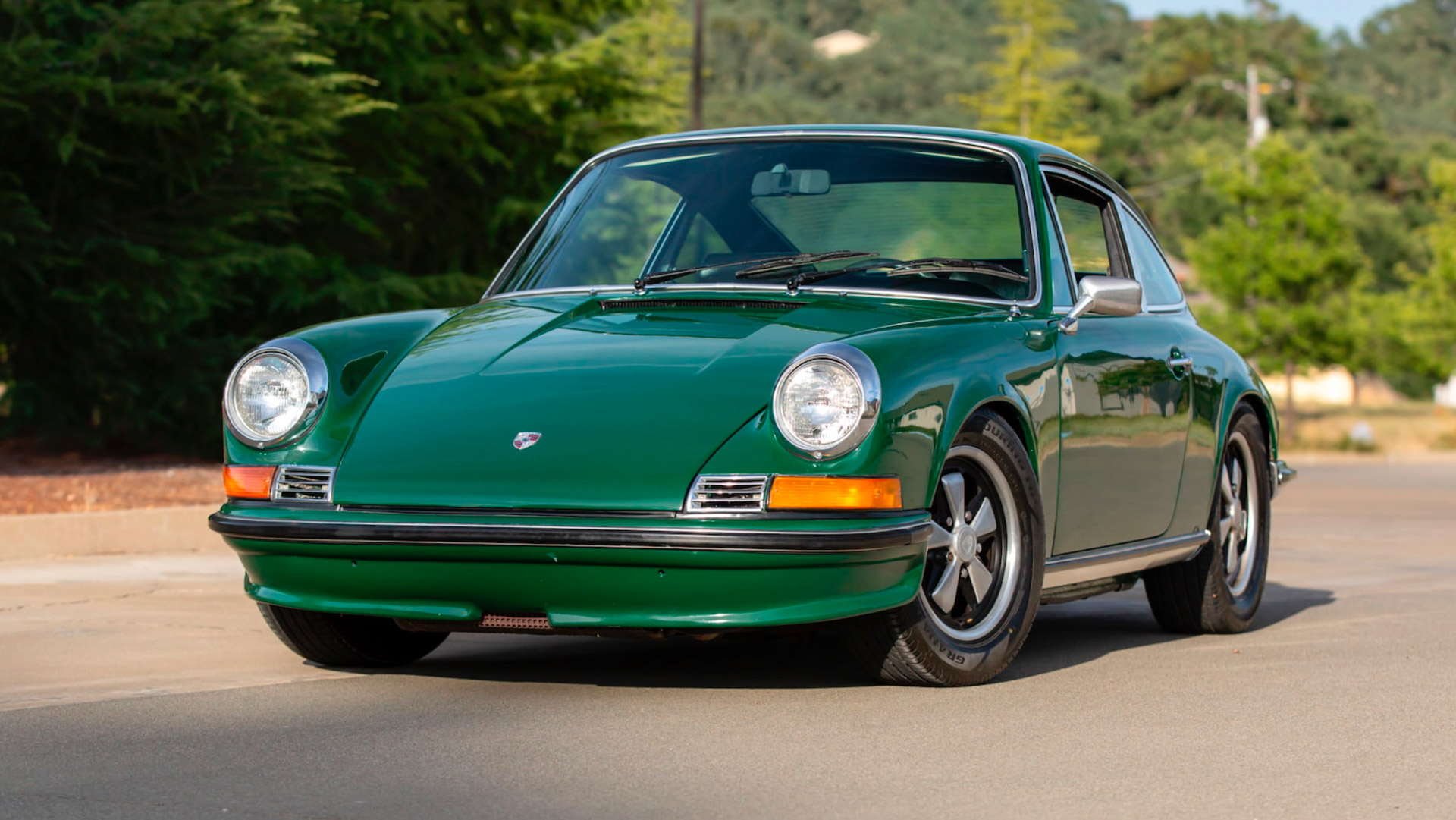 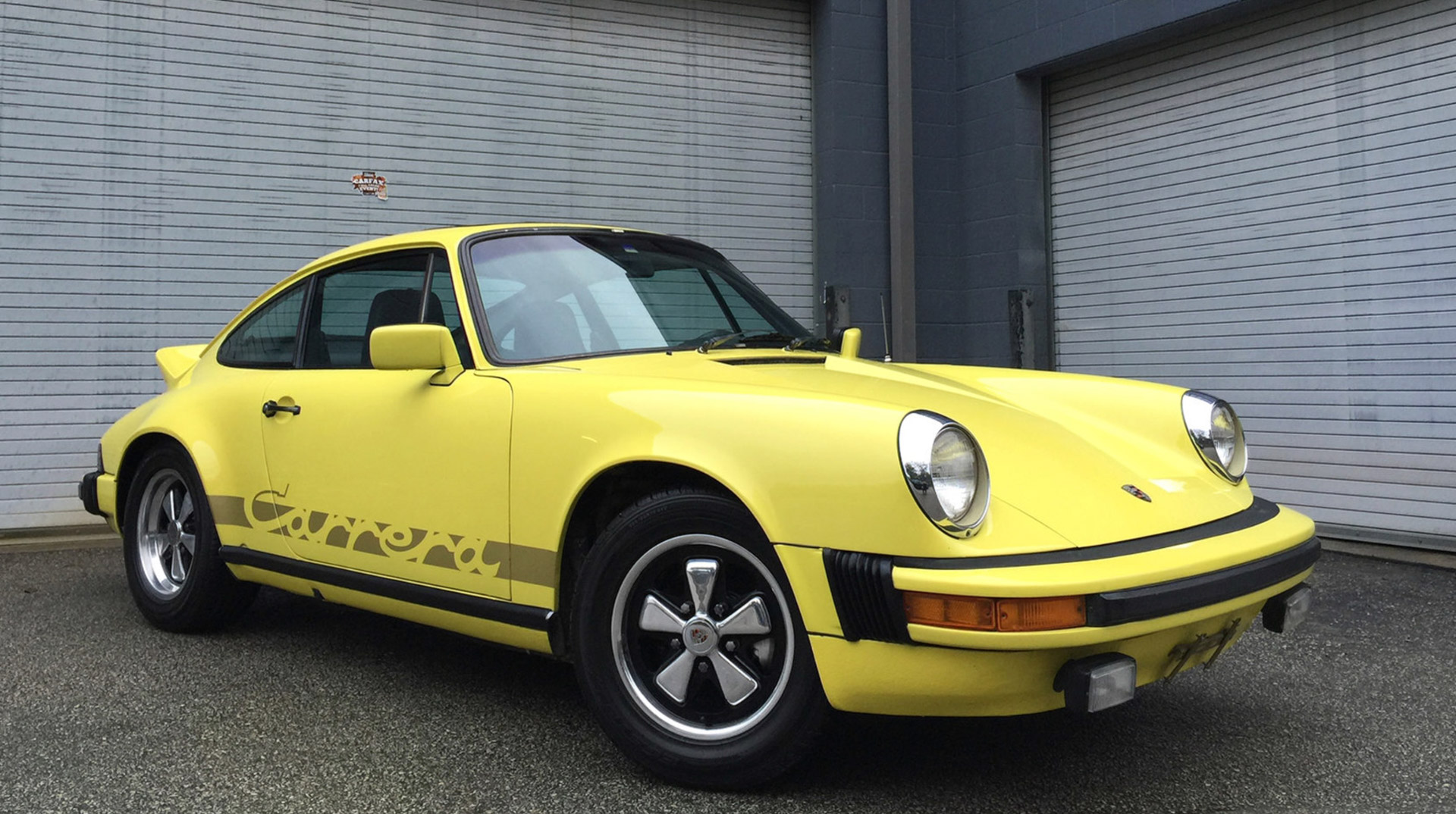 The “bumper” 911s, as they’re known by fans, may not be as pretty as the pre-’74 cars, but the design is just as beloved. That’s partly because of how well-executed it was (covering the gaps between car and bumper was a masterstroke), and also its longevity: the design lasted 15 years with almost no changes. 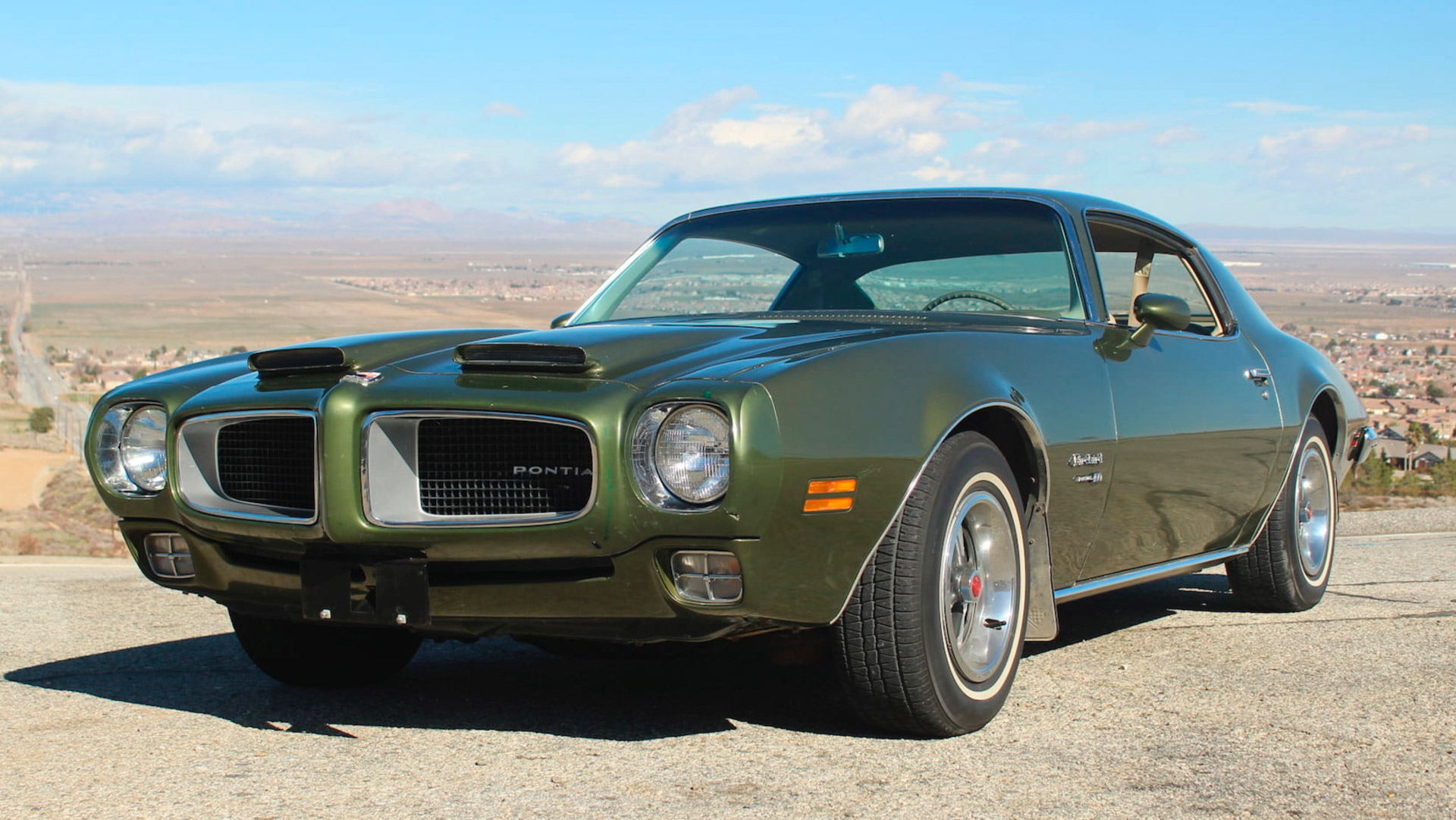 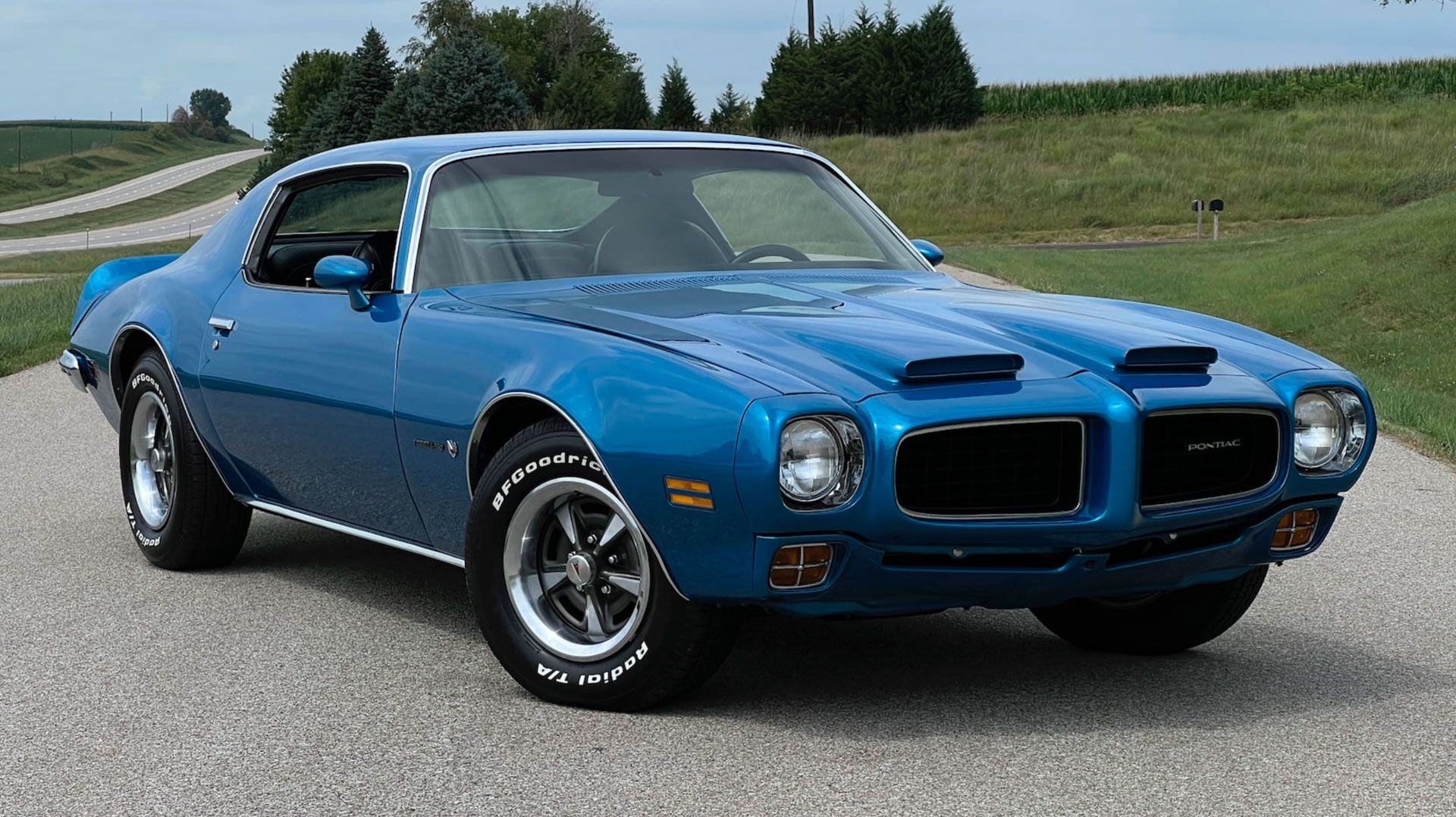 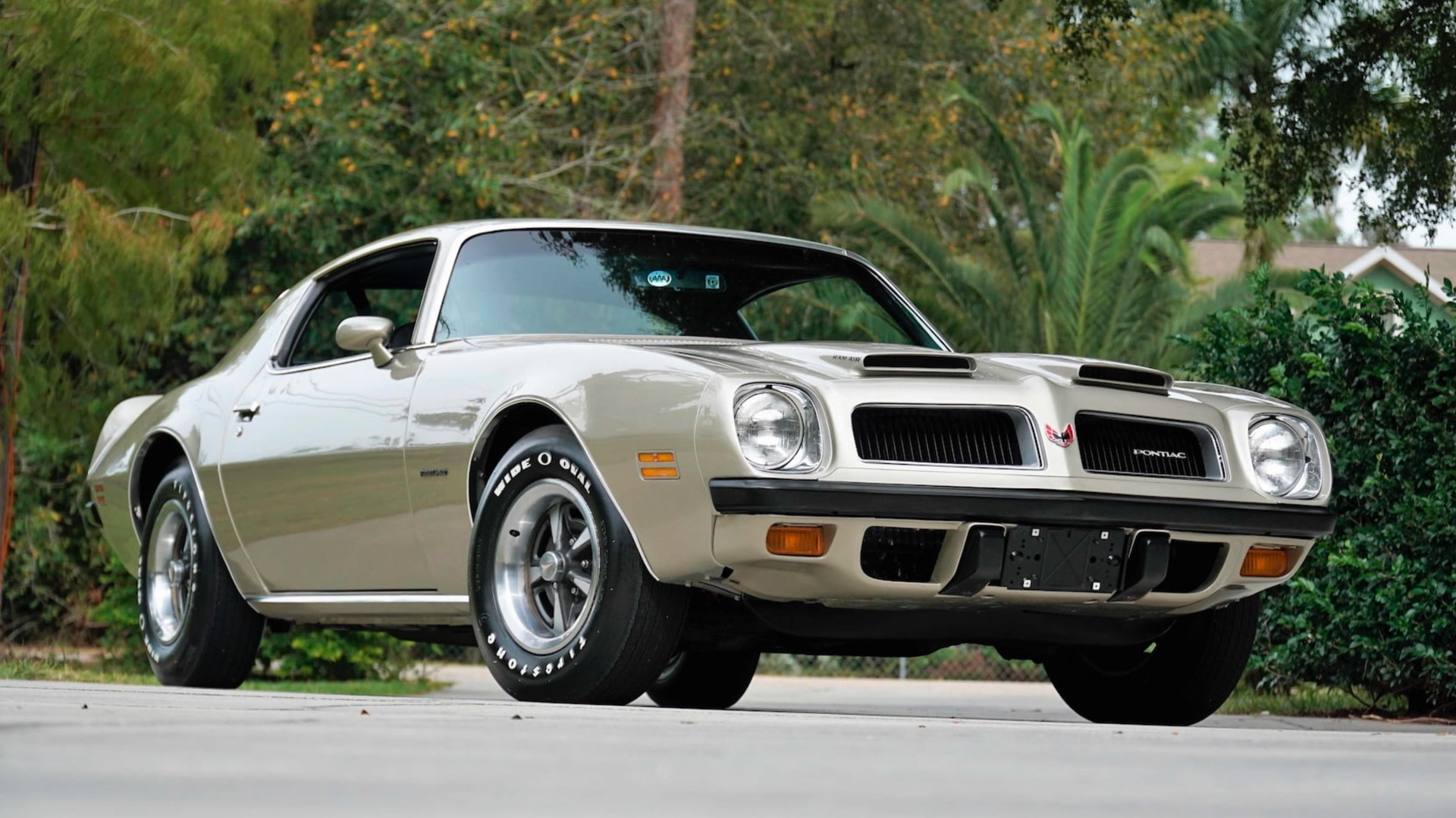 Pontiac actually pioneered body-colored Endura bumpers that could handle small bumps on the 1968 GTO, and used the same technology for the 1970 Firebird (top photo). With only subtle visible changes, the same muzzle survived into 1973 (you can see the ’73 in the center photo on the inset grill bezels), but to meet the tougher test, including the corner attacks, the ’74s got a new front end with a non-body color wraparound bumper, but which was nevertheless very artfully executed. 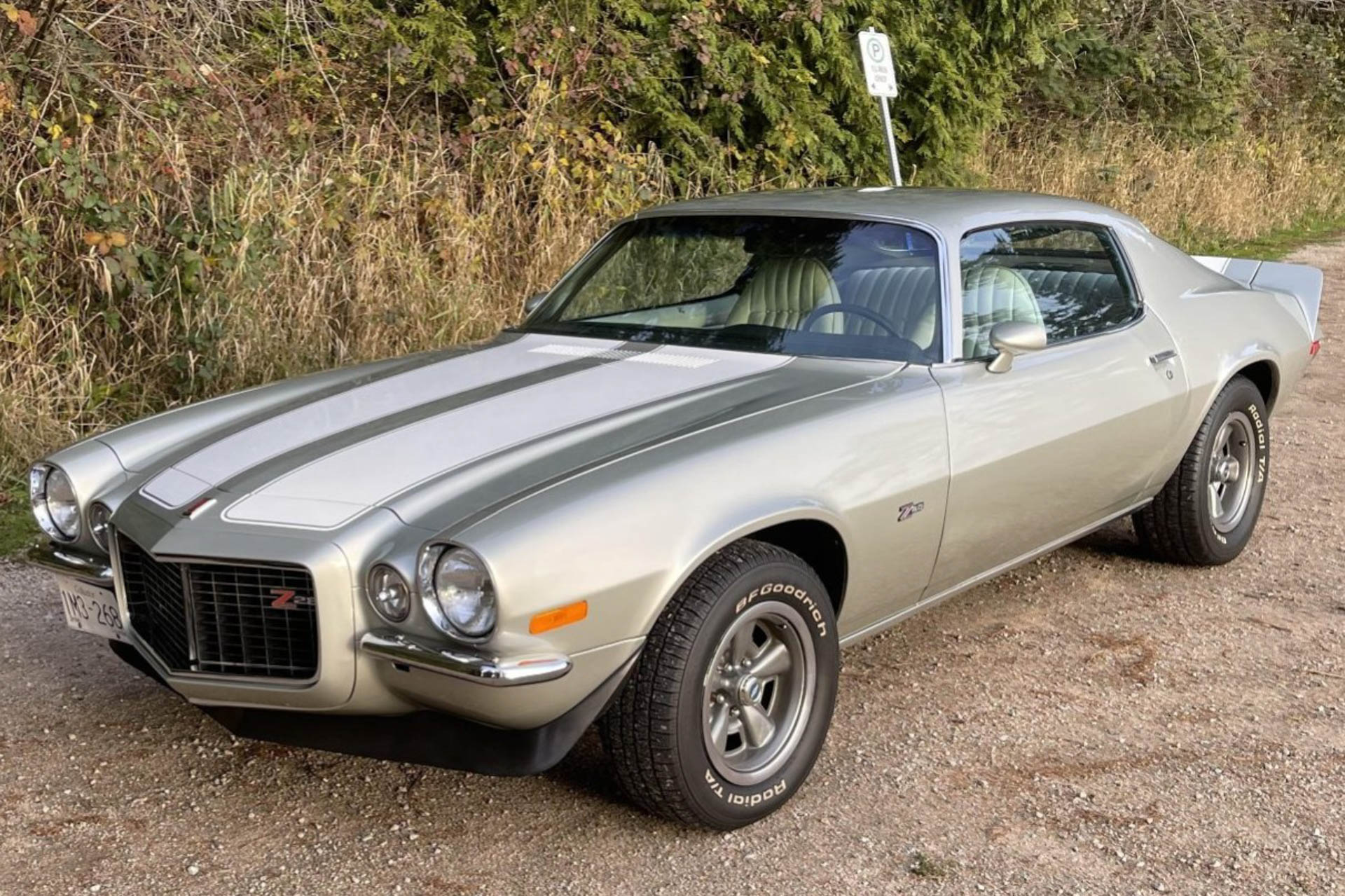 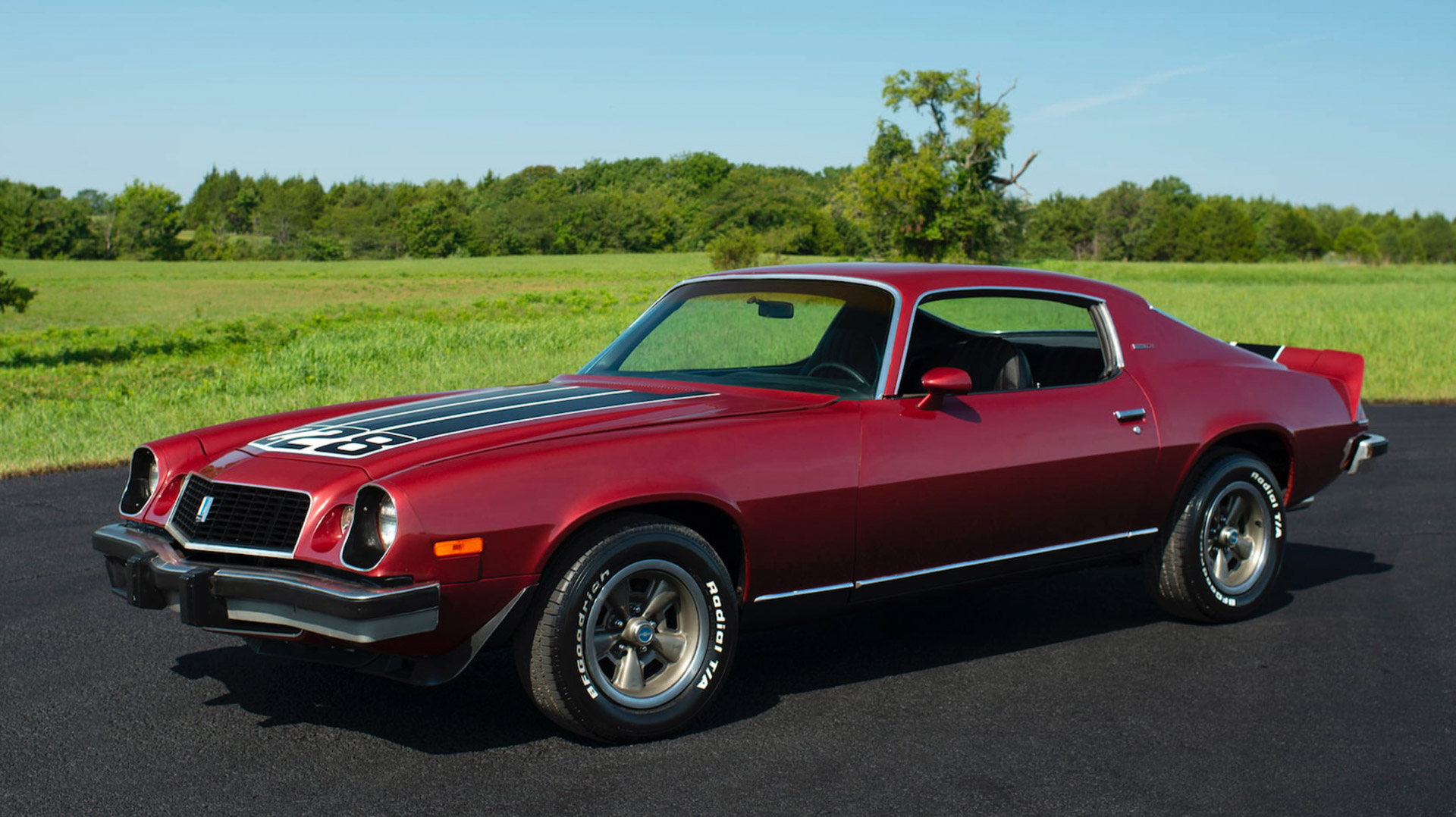 The Firebird’s Camaro cousin wasn’t quite so lucky. Maybe Chevy’s engineers were too busy working on the Corvette, or 1974 Chevelle Laguna, which also used a urethane cone to great effect. Like the Firebird, the Camaro switched to a shovel-nose look, which meant it lost the cool optional RS front end with its split bumper treatment. Instead, all 1974 Camaros came with a huge rectangular extension of steel stretched across the nose, plus another at the rear. 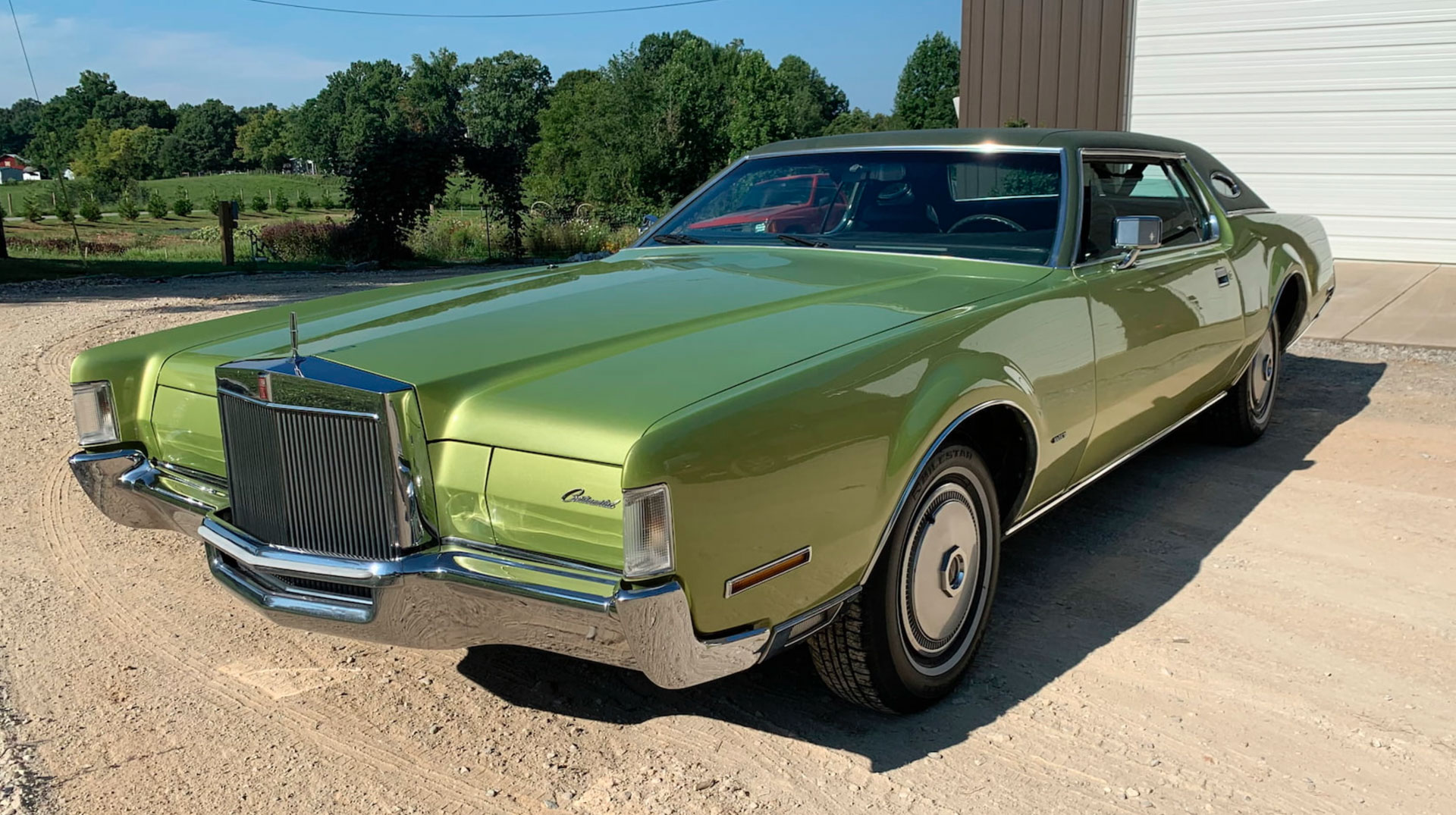 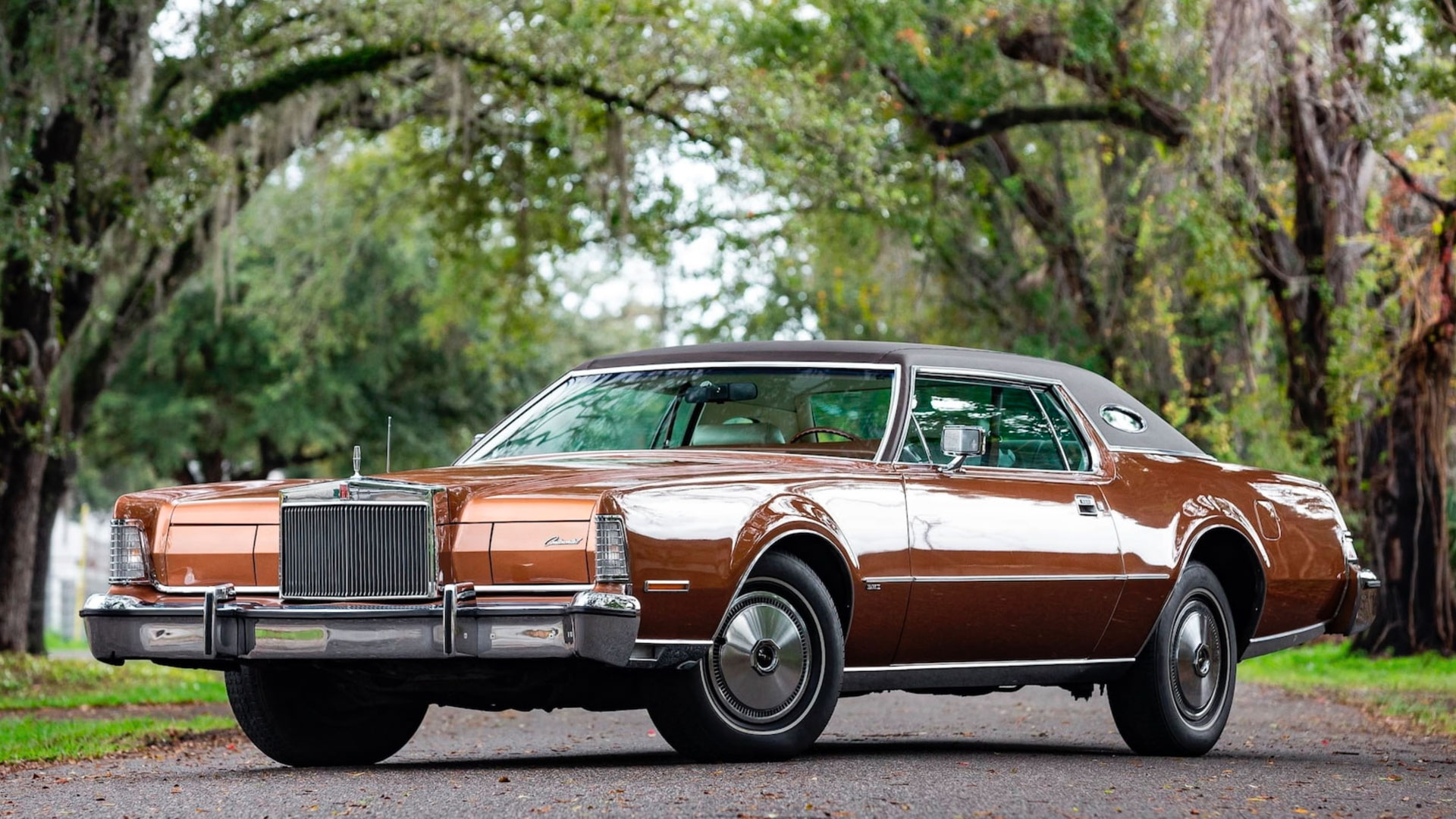 You only need to look at three photos above to see the dramatic effect the new bumper rules had on car styling. The ’72 Continental’s bumpers closely followed the sharp lines of the front sheet metal that ran from the base of the A-pillar to the base of the fender just in front of the front wheel. It looked stylish but probably offered next to no protection in smaller fender benders. Fast forward to 1974, they’ve turned into full-blown highway guardrails that barely make any attempt to integrate with the body design. 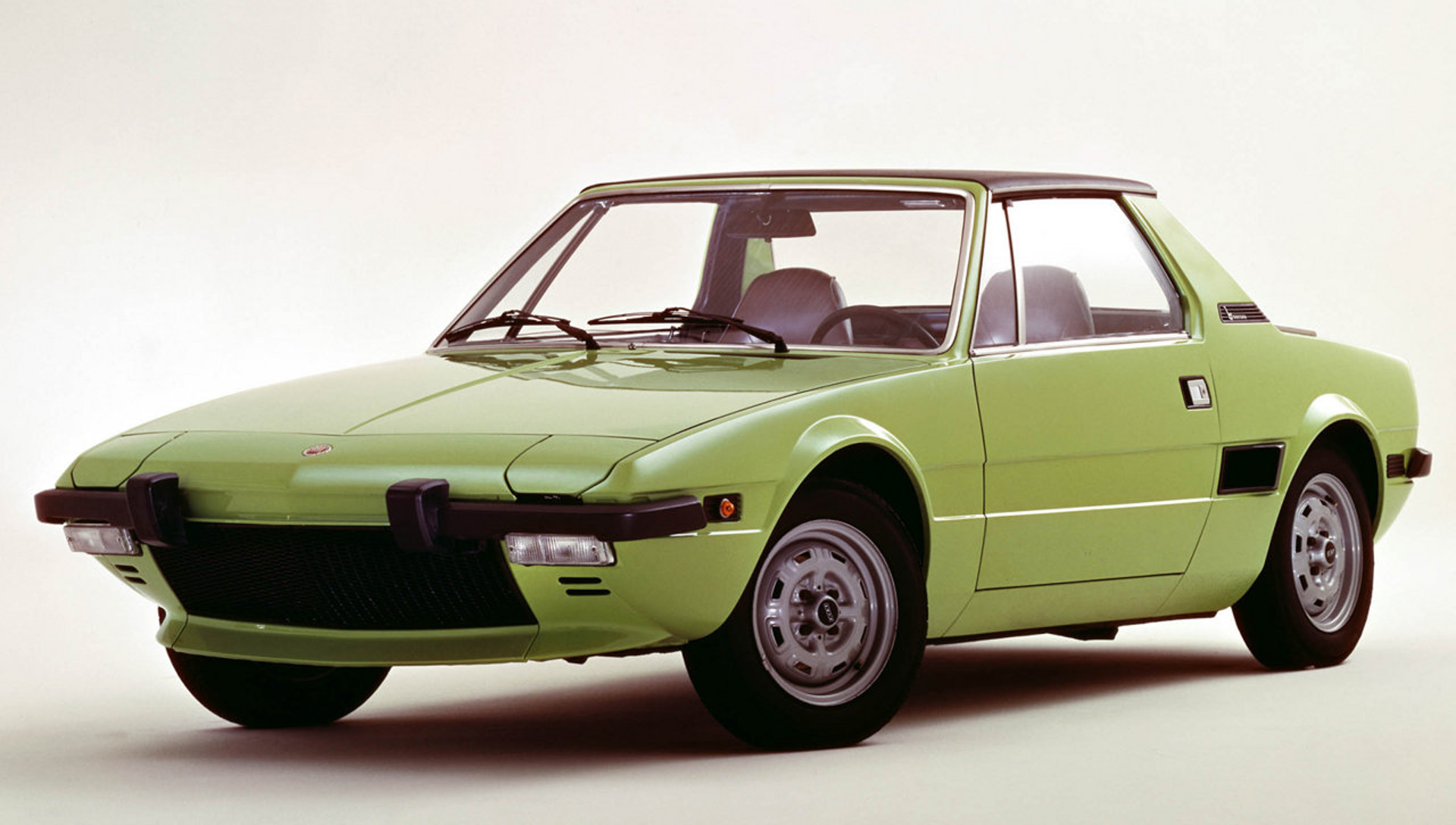 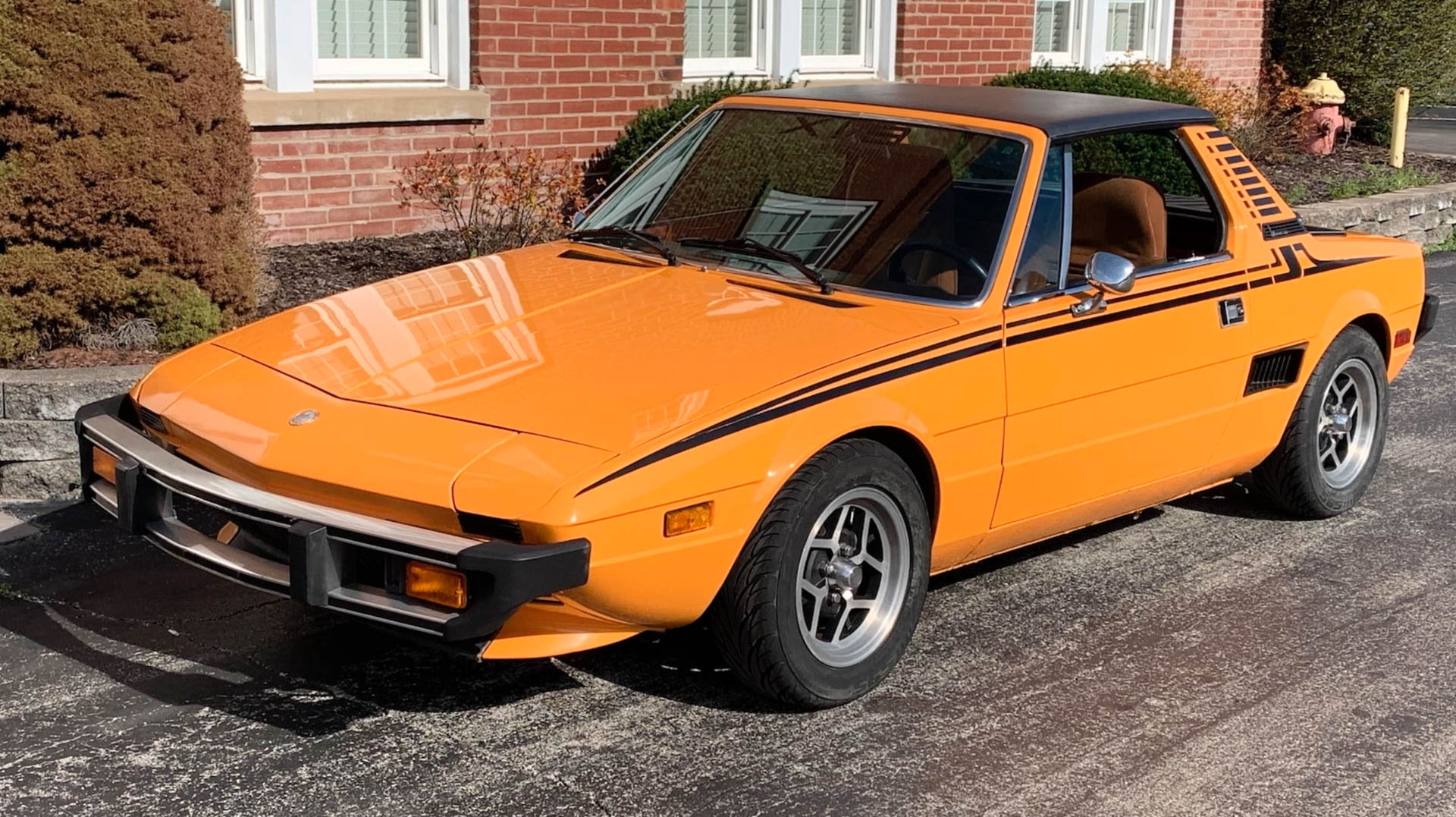 Fiat’s X1/9 baby sports car arrived at European dealerships in 1972 wearing a quartet of elegant corner bumpers and reasonably subtle black overhangs. But when Fiat finally got around to modifying 1975 model year American cars to meet the ’74 rules, it did so by attaching what looked like a pair of toy stepladders to each end of the car. 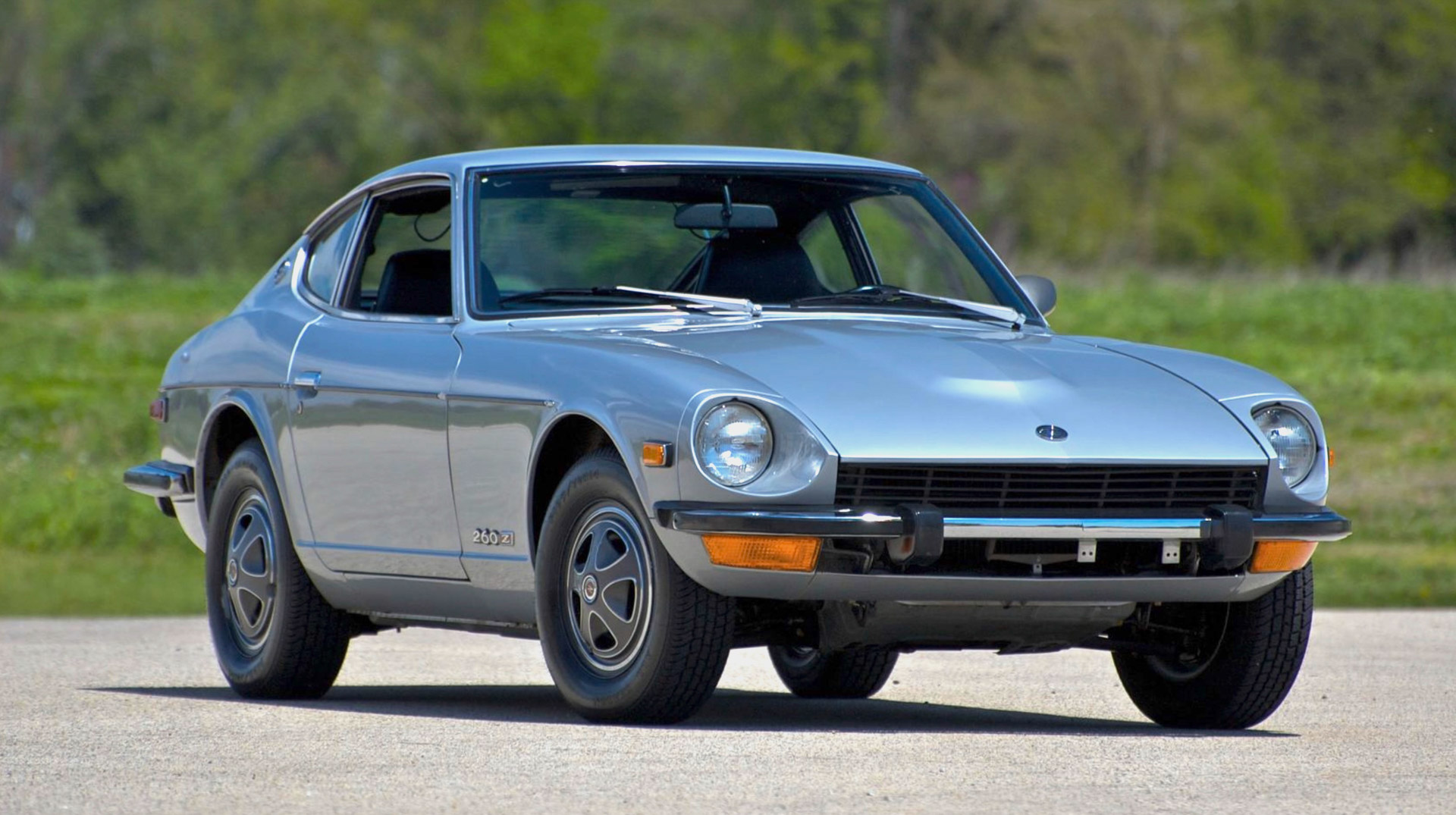 Related: Try not to cry in this graveyard of Ferrari 812 Competizione Crash Test Cars

Like the European brands, Japanese automakers struggled to come up with aesthetically pleasing solutions to regulations that did not affect their home market. The 1974 260Z began to resemble the earlier 240Z, but was soon plagued by ugly rectangular metal front and rear bumpers. 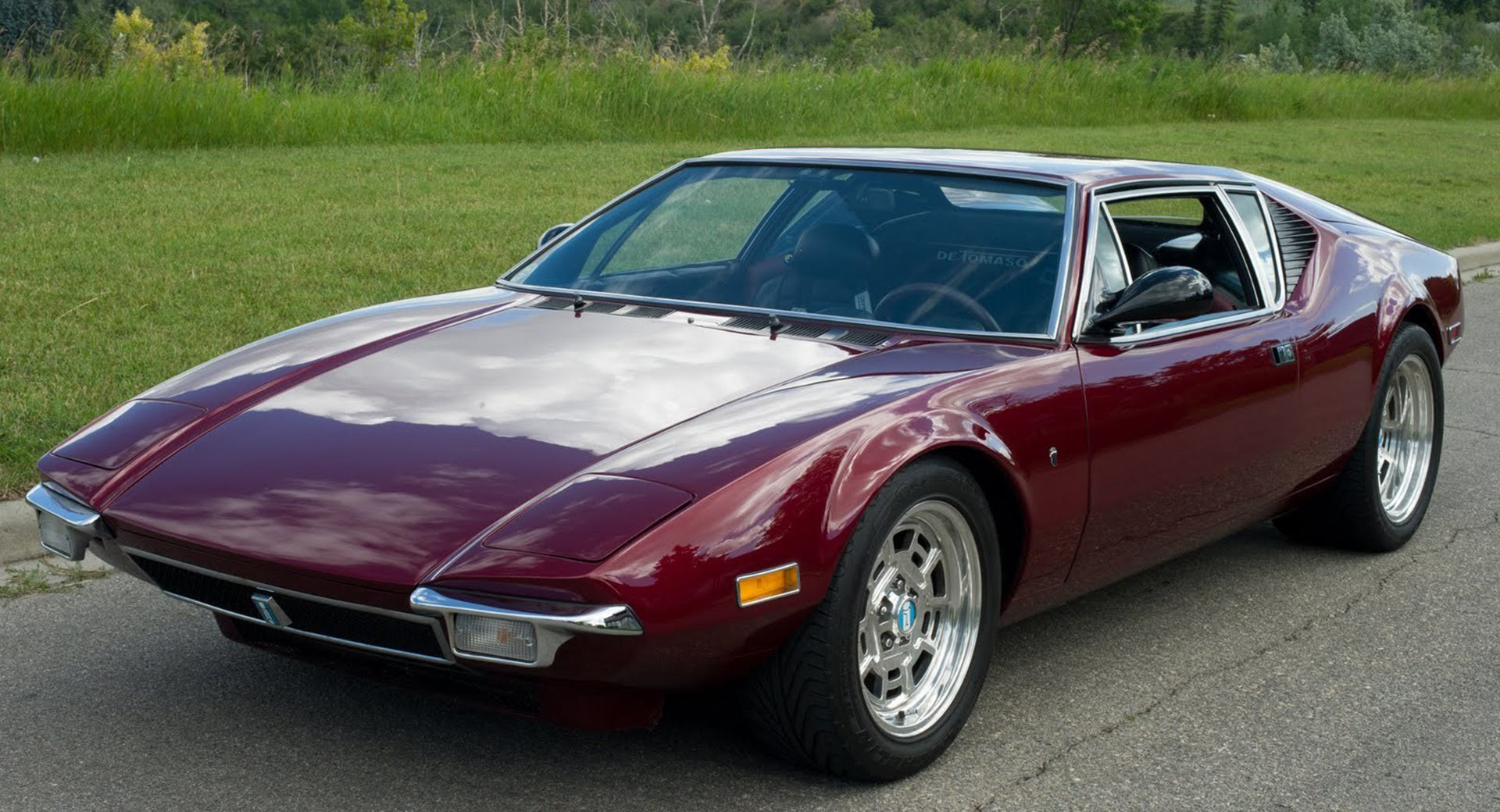 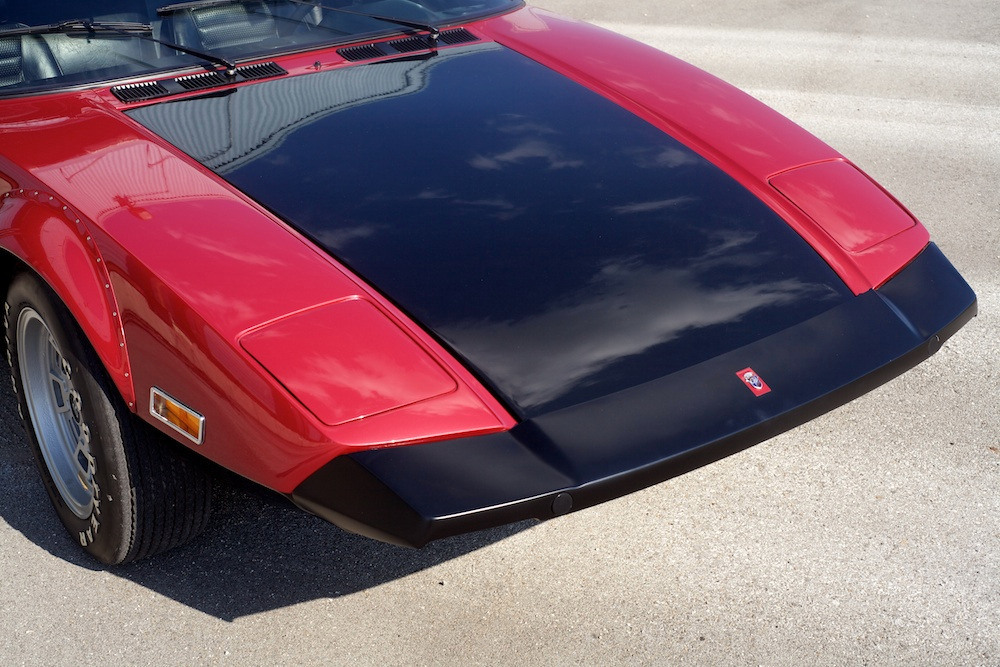 Getting a sleek sports car to meet bumper regulations was harder than fixing a big, boxy sedan, but the Corvette and 911 designers and engineers weren’t the only ones who got it right. De Tomaso also did a pretty good job realizing that the original Pantera’s shock absorbers weren’t going to be manly enough to meet the new legislation.

The rear bumper wasn’t particularly elegant (but better than most sports car solutions), but the front nicely followed the lines of the fenders and hood, just like the Corvette’s, and still managed to look pretty cool even if it wasn’t. painted in body color.

Some foreign car manufacturers did not even attempt to homologate their cars, deciding that the costs of meeting both crash legislation and increasingly stringent emissions regulations were not worth the trouble, or were simply prohibitive. The Citroen SM’s hydropneumatic suspension meant it was too low, as was the Lamborghini Countach, although some Countachs were federalized with the addition of a very odd additional bumper by third-party companies, including the famous Cannonball Run Countach. And Ferrari chose not to bring either the 365 GT4 2+2 grand tourer or the 365 GT4 Berlinetta Boxer to America, although it did modify the little Dino 308 GT4 to keep it American legal, making an already difficult car even uglier.

Who do you think handled the 5 mph bumper laws best, and who was actually wrong? Leave a comment and let us know.